Advocating for the use of dynamic load factors 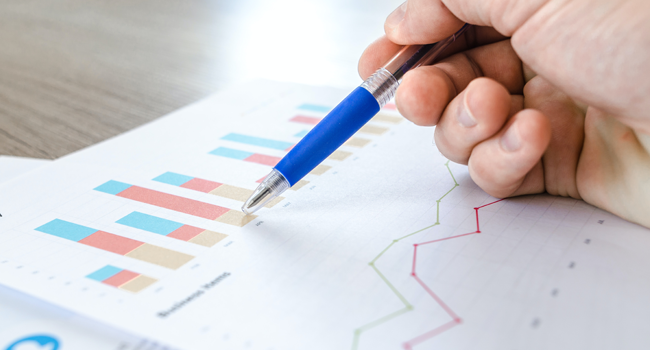 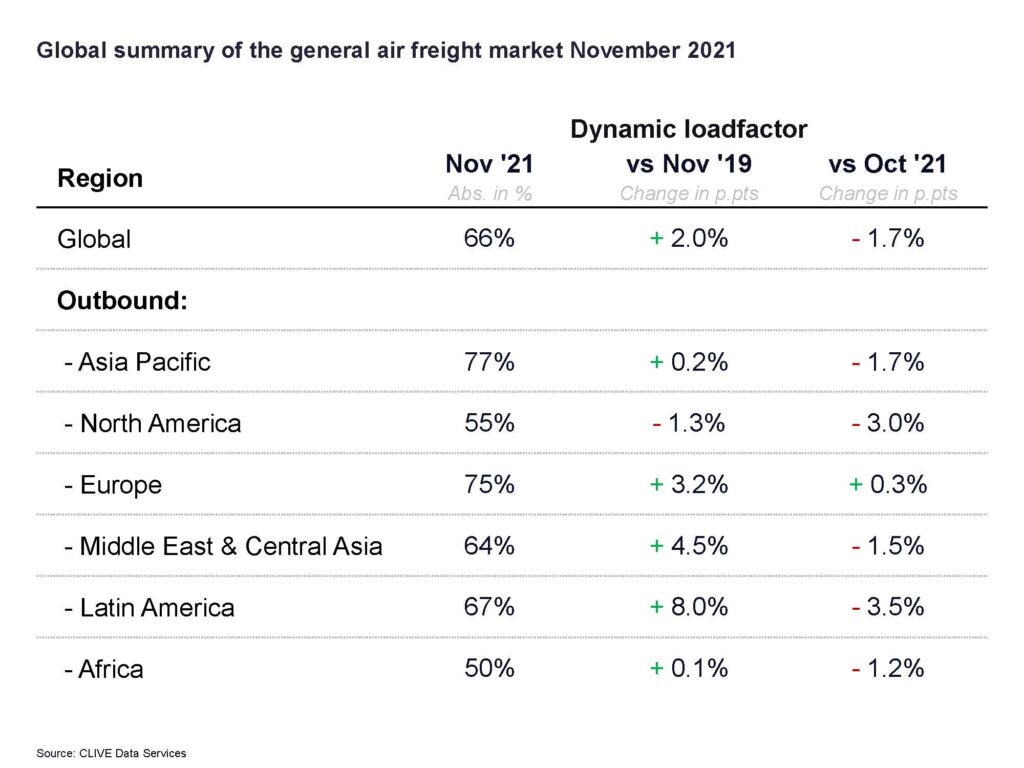 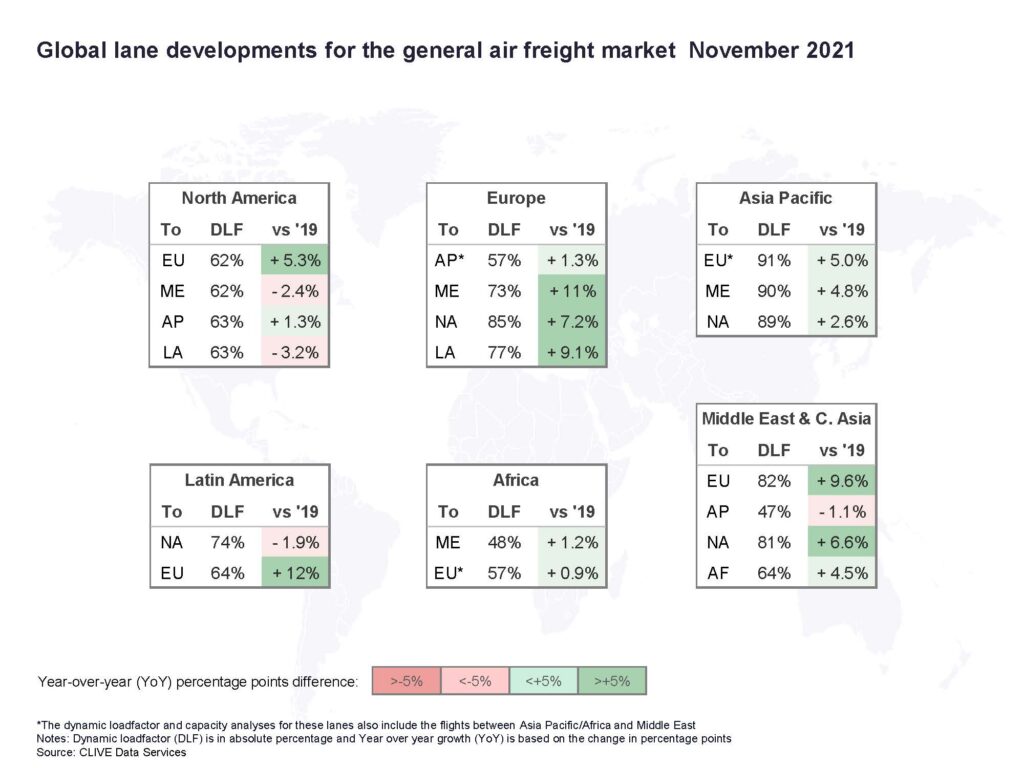 Congestion on the ground muted the general air cargo growth in November, with volumes falling by -1.2% versus October, reversing the trend traditionally seen in the peak build-up to Christmas.

Our analyses of the general air cargo market for the full four weeks of November 2021 measures the performance to the pre-covid 2019 level, as well as providing 2020 year-over-year comparisons, to produce a meaningful assessment of the current operating performance.

Last month’s fall in volumes compared to October 2021 came despite a +0.5% rise in capacity, while overall air cargo rates climbed +8% in November month-on-month. Compared to November 2019, last month recorded a 3% decline in demand, but overall air cargo rates remained buoyant at +159%. Capacity versus two years ago was -12%, lifting the ‘dynamic load factor’ – based on both the volume and weight perspectives of cargo flown and capacity available to produce a true indicator of airline performance – up 2% pts to 66%.

Europe to North America market data for the last week of October versus the third week of November, prior to the Thanksgiving holiday in the US, showed capacity down 7.3% and load factor up 4% pts to 86%. General airfreight rates for this market consequently saw a 10% increase. Any hope that the opening up of transatlantic services would offer some relief to the general cargo market was quickly eradicated by increased volumes of passenger baggage.

Typically, one would expect November volumes to be higher than October volumes, but that’s not reflected in this latest volume and load factor data. The growth started to slow down by the end of October. The global load factor for November was 2% pts lower than in October, which is  quite remarkable.

This unexpected month-over-month shift is not due to a lack of demand, it is almost certainly because cargo cannot be pushed efficiently through the system. This is also what we’ve seen reported in the ocean freight market at US west coast ports. Labour shortages are a factor in all sectors, but this is especially having an impact on such a labour-intensive industry as airfreight, especially on the ground. Airport congestion seems to be the price the industry has to pay for the lack of investment in, and appreciation of, cargo handling. The current inefficiencies on the ground must have opportunity costs for airlines, forwarders and shippers alike, because cargo will be missing flights. Two months ago, we described the air cargo market as ‘fragile’ heading into the traditional peak season, and this fragility is being visualised on social media through airport movies showing countless pallets and containers waiting on the tarmac.

Economics4Cargo webinars run by TIACA and CLIVE provide a global and regional overview of our industry. Interested in a preview of a webinar or sponsoring the next one? Contact Kenneth Gibson below for more information.

Get more information on partnership with CLIVE Data Services.