Bill Spohrer, born in Oklahoma, USA, was a pioneer air service operator in Latin America before returning to the U.S.A. as president of Challenge Air Cargo.

In this role he developed a major logistics force for the expanding perishable market in the Latin American market by providing scheduled service with advanced aircraft.

A leader in industry affairs, he is a founding director and former Chairman of The International Air Cargo Association (TIACA), a founding leader in Air Cargo Americas and a major figure in Latin American/US trade activity. He is a pioneer, builder and leader in the air cargo industry and a member of Oklahoma’s Aviation Hall of Fame. 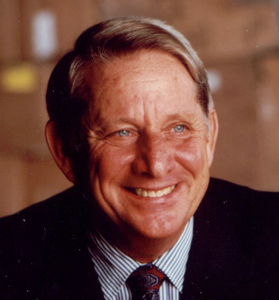