Sanjiv has worked in the aviation industry for over eighteen years, including more than a decade with British Airways.

He was appointed Head of Cargo Business at Delhi International Airport in July 2009, having previously worked as General Manager.

Sanjiv completed his Executive Management Studies at Oxford Brookes University, and served as a member of the high-level Working Group constituted by the Ministry of Civil Aviation, India to formulate the Air Cargo Policy for India.

He is one of the founding members of the Air Cargo Forum India and heads its Innovation Group. 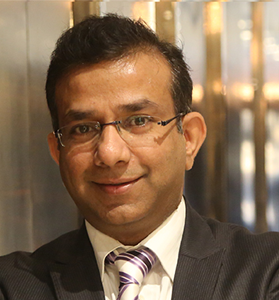