Albert Plesman founded KLM Royal Dutch Airlines on October 7, 1919 and the company has continued to operate under the same name to this day, making it the oldest scheduled airline in the world with a continuous history. He set KLMs goals: a commitment to generating customer preference by offering a high-quality product at a reasonable price; strengthening market presence; and achieving internationally competitive costs coupled with a sound financial basis. The airline operated its first intercontinental flight to Indonesia, still the Dutch East Indies, in October 1924. Throughout the war years, KLM aircraft continued to fly from England and in May of 1946, KLM was the first continental European airline to open transatlantic services to the United States. Mr. Plesman passed away on the 31st of December, 1953. 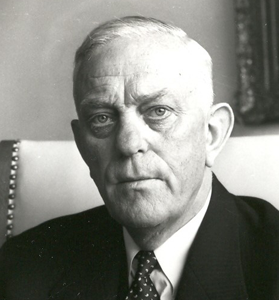