Educated at the University of Washington, Salem College and Johnson and Wales College, with a two-year spell in the U.S. Air Force, Delford M. Smith began his career as a commercial airplane and helicopter pilot.

He founded Evergreen International Aviation with the idea that aircraft could be used as angels of mercy as well as industrial workhorses.

Evergreen International Aviation now with 100 worldwide bases and more than 4,500 employees. In addition to freight aircraft, helicopters, ground handling and express logistics, he has branched out into agriculture, defense and even a museum.

In line with his ideals, he formed Evergreen Humanitarian and Relief Services, Inc. to formalize Evergreen’s legacy of support for local and international relief projects. 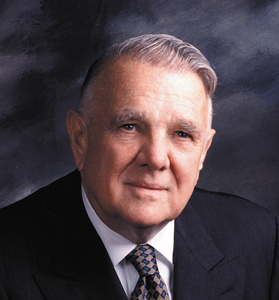