Previously in the Royal Artillery, Geoff Bridges joined British Airways as a management trainee. He moved up through the company to become Managing Director Cargo.

He joined Air Canada in 1989 and repositioned Air Canada as a world ranking Cargo Airline. In 1993 he became the General Director (CX) of the embryonic airline Air Russia and from 1989 served as Chairman of Bridges Worldwide, pioneering differentiated cargo services for express and perishables products.

Geoff was a Fellow of The Chartered Institute of Transport, The Institute of Logistics and Transport, Past Chairman of IATA Traffic Committee and Director of International Freight Conference. 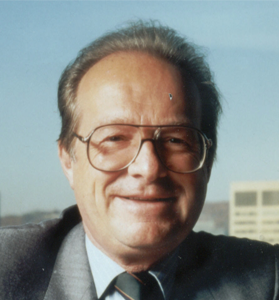