His career began in Frankfurt, Germany as an apprentice with a local freight forwarding company. He joined AEI in Germany in 1961 as Country Manager-Germany and VP-Europe/Middle East. He was a member of the German Forwarders Association.

In 1982, Mr. Rohrmann joined AEI in the U.S. as VP and General Manager for the company’s North American Operations. In December 1984, he became executive VP International. Within a year, he was AEI’s president and chief operating officer and in 1989, president and CEO. He has served as Director of AEI since 1985 and is now Vice-Chairman of Danzas/AEI.

Among the first to recognize the changing role of the forwarder, he transformed a typical air forwarder into a global logistics company. 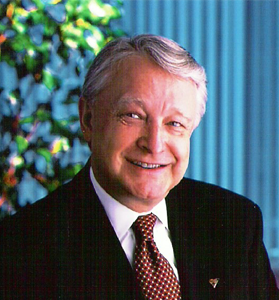