John Raven, who passed away at the age of 91 in 2011, was a former head of the British Coal Exporters Association, before heading up, in 1968, an expert committee tasked on procedural, regulatory and documentary hindrances to UK international trade for the UK Board of Trade.

Later, he became Chief Executive of the UK Committee for the Simplification of International Trade Procedures (SITPRO).

From the 1980s, he worked on behalf of the fast-growing express and courier sector, representing the industry at the World Bank, United Nations’ Development Program, and World Customs Organization. He became director of the International Express Carriers Conference (IECC).

For 10 years, he was TIACA’s representative in Brussels. He dedicated his career to trade facilitation. 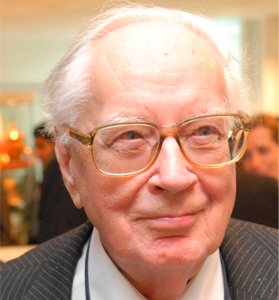