Oleg Antonov was born in 1906 near Moscow, Russia. He designed his first glider by the time he was 18 and during World War II worked on military aircraft. Antonov established his own design bureau and in 1947 produced the rugged An-2 agricultural biplane – one of the most versatile and enduring general-purpose aircraft in the world. In 1952, his four-enging An-12 earned him and his design team the coveted Lenin Prize. His huge An-22 was the largest aircraft in the world when introduced in 1965, and earned him another Lenin Prize. The highly successful An-124, the world’s largest production aircraft, first flew in 1982 and was a fitting crown to Oleg Antonov’s brilliant career. Mr. Antonov passed away in 1984. 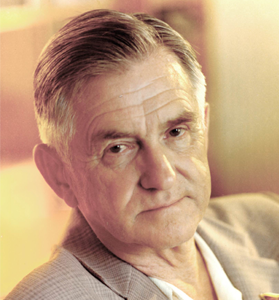