Pyotr Balabuyev was born in the Ukraine and educated at Kharkov Aviation Institute. He was hired by Oleg Antonov as an engineer-designer and was soon Mr. Antonov’s deputy. He went on to be President, General Designer of the Antonov Design Bureau of Kiev.

During the decline of the Soviet economy, Mr. Balabuyev had the foresight to realize that Antonov would have to generate its own income.

As the commercial operator for the AN-124, the company was able to generate funding, produce job opportunities and provide a means to transport outsized cargo to the world.

Under his leadership, Antonov aircraft was instrumental in developing the economy of many isolated countries and in opening a whole new market for cargo movement. 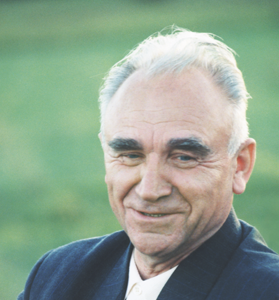