Air Commodore R.N. Waite C.B., CBE., was a career officer in the RAF and was the unsung hero of the Berlin Airlift. In Germany at the end of WWII, he assumed the responsibility of disarming the Luftwaffe in the British zone of occupation.

He became head of the Air Branch for the Control Commission in Berlin and during the blockade of West Berlin by the Russians he formulated a plan to supply Berlin by air, which went all the way up to US President Harry Truman. Truman approved it and ordered the newly independent U.S. Air Force to allocate its entire transport capability to this task.

The airlift became one of the greatest air cargo performances in history. 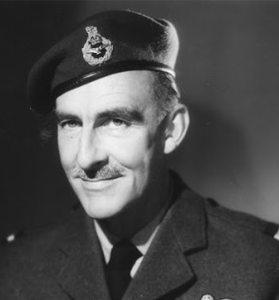