Trained as an engineer, Ram C. Menen began his career in aviation in 1976 at Kuwait Airways and later directed the cargo operations in Kuwait of British Airways. He then he managed the airfreight-forwarding unit in Dubai for Al Qutub Shipping Agencies where he developed the LD-36 type of Unit Load Device (ULD).

A founding member of The International Air Cargo Association (TIACA), he was President and Chairman of the Board 1995-1996. He is Trustee and Member of the Chairman’s Council and a member of the IATA Cargo Committee.

He has been a driving force in bringing changes to the industry. 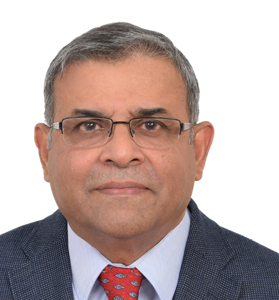