For over seven years, Kai Domscheit has been a young, passionate and noteworthy leader in Europe’s leading air cargo hub located in Frankfurt airport, Germany. You may know him from his work as CEO at CHI Deutschland Cargo Handling GmbH, but Kai can also be credited with contributions to exponentially grow and transform the company’s group revenue from 20 million€ to well over 150 million€ in less than seven years, making it the largest ground handler by tonnage in FRA three years in a row. He has been recognized by his disruptive hands-on management style without being afraid to take calculated risk. Kai is responsible for the group’s strategy as well as the implementation of the digitalization of the group’s business models. He currently lives in Wiesbaden, Germany with his wife Adrienne and two children. When he is not busy with disrupting the air cargo industry, you can find him on the local golf courses or hunting in the nearby woods. 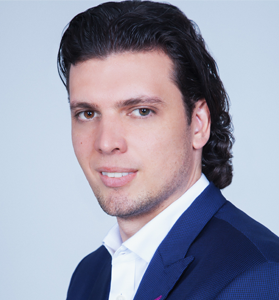