Larry Hillblom began his career as a law student/courier before becoming one of three men who converted an idea into a global business. The H in DHL, Larry Hillblom, along with Adrian Dalsey and Robert Lynn formed a company and made their initials a recognized global symbol for document transfers and express traffic.

Their modest beginning with a second-hand car, no financing and funded by cash flow and credit card has become a global enterprise employing 68,000 people and serving 635,000 destinations.

The service began between Hawaii and San Francisco and rapidly expanded eastward throughout the Orient. Next came the rest of the world. Today DHL has expanded its air express markets and moved into the general air cargo fold. 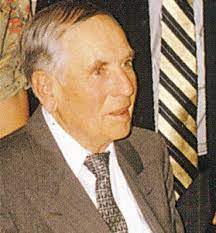